Can Weapons Charges in Texas Include More Than Guns? 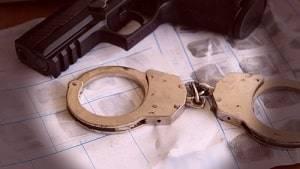 In the midst of mass shootings and young lives being taken by gun violence across America, it is no secret that gun rights are a hot-button topic. According to the Center for Disease Control and Prevention (CDC), 3,513 gun-related deaths occurred in Texas in 2017. While some people may feel that gun control is necessary to address gun violence and reduce deaths, many Texans believe in protecting their right to bear arms. However, what many people do not realize is that weapons charges in Texas may involve more than just guns.

What Is Considered a Weapon?

Texas law identifies more than 15 different objects as weapons, and possession or use of these weapons can result in criminal charges, depending on the circumstances. These weapons are divided into various categories as shown below:

Although Texas is considered a more conservative state when it comes to gun regulations, law enforcement officials still take weapon charges very seriously. Because state law defines a wide variety of devices as weapons, it is important to understand which objects are considered illegal and the details of any criminal charges involving weapons. The skilled legal team at BCP Criminal Defense Attorneys has handled thousands of criminal cases through Texas, many of which involved the possession or use of weapons. If you or someone you know is facing weapons charges and are looking for an aggressive defense team, call our diligent Floresville weapons charges attorneys today at 830-769-1010 to schedule a free consultation.